A new industry for the RVRR

Well spent last couple of weeks tying up loose ends.  Built a backdrop structure from scratch to act as a industry at the far end of the layout.  It somewhat a mill but could be any type general boxcar shipper.

I also completed the trestle and the support beams.  With the rock walls in place and dock drying in the garage as I type, I should be able to pour some realistic water tonight.  I scratchbuilt the dock (no pics).

Posted by Shannon Crabtree at Sunday, January 29, 2012 No comments:

Well this is close but needs to numbered and weathered: 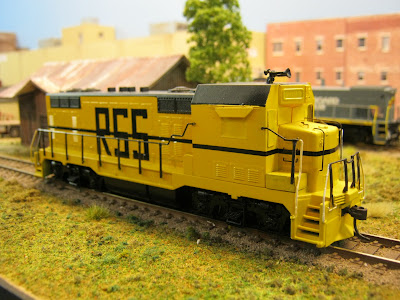 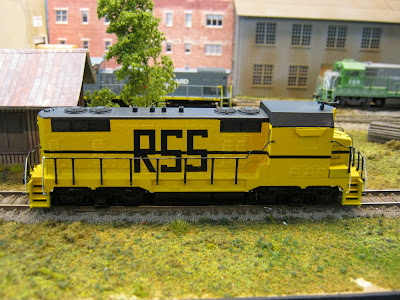 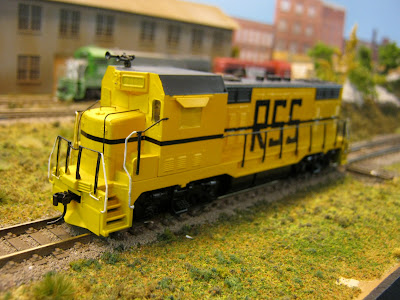 Old Reliable #7 for the RVRR

Put some regular decals/ dry transfers decals on my Climax last week.  I was not satisfied with the small numbers on the cab.  Also fixed my engineer so that he would "sit" correctly.  Also added decals to the tender.  I want to add tool box to the roof and maybe a scratch built wood rack. 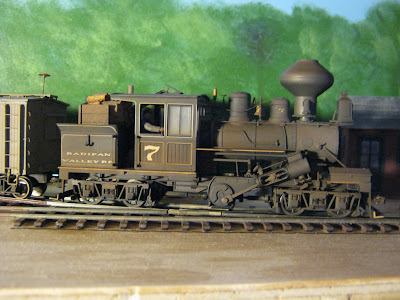 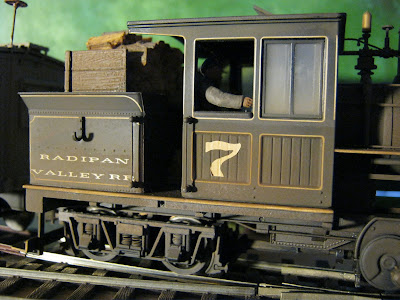 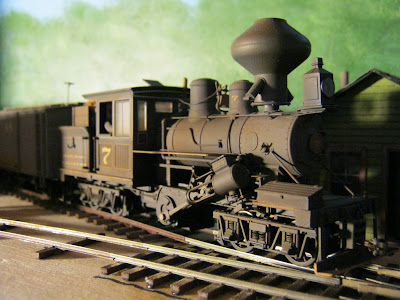 Posted by Shannon Crabtree at Sunday, January 15, 2012 No comments:

Hidden staging on the On30 layout

Well it is not much but it is better than nothing.  Think of hidden staging on your layout like a play. The train starts behind stage, goes on stage, preforms and exits.  So I accomplished this by extended a industry siding through the back drop and put in about 20 inches of track.  It will hold #7 and about 2 cars.  Plenty for this layout.  The old starting point on the other end of the layout will serve as an industry.  Just got to figure out how to configure something in the narrow space.

Posted by Shannon Crabtree at Wednesday, January 04, 2012 No comments:

More work on my On30 Layout

There just something about a small layout that gets you motivated.  Had some time over break and I got a lot accomplished on the On30 layout.
First I installed a Tam Valley Depot Hex Frog Juicer for the frogs on my layout.  These make stalling(especially short wheel base locos) on turnout frogs simply go away.  The board looks complicated but hook up took less than 5 minutes.

I also got a couple of flatcars built from Bachmann frames that were shortened and detailed.  Pretty much both were scratch built except the frame.

As you can see in the background, I painted the woodsy backdrop by hand.  My layout is located in the wilderness near a river thus I have nothing but trees on it.

The last thing is the bridge/river crossing.  Since the area used canals, I thought it would neat to model one of those.  Rail service bringing in goods to transport to other areas via the canal and visa versa.  I think it is a neat concept.  I scratch built the bridge frame and will add the supports later.  Chooch makes the perfect canal walls but the color is not what I was looking for.  I'll color them a more prototypical gray. 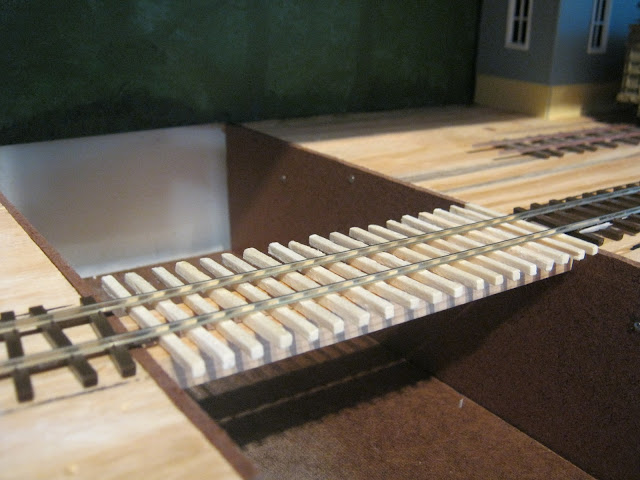 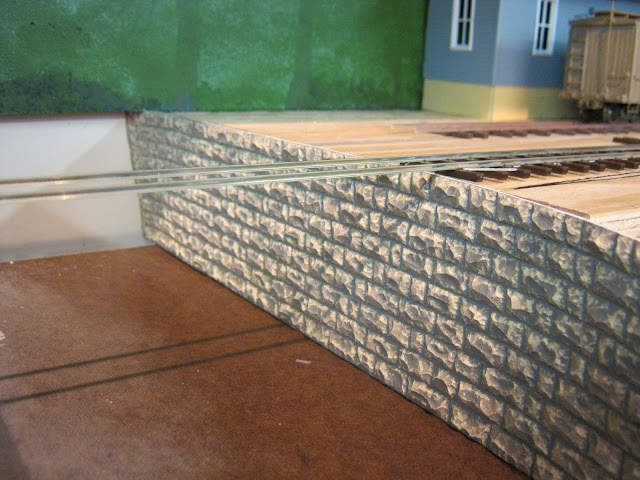 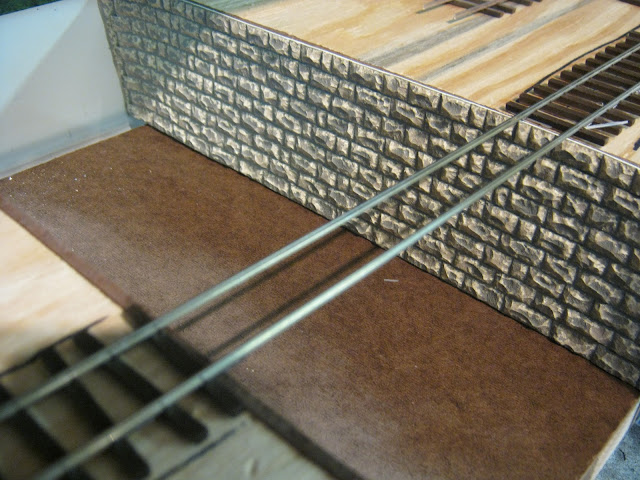 Posted by Shannon Crabtree at Tuesday, January 03, 2012 No comments: