Well, I am just about done with school and coaching this year.  Only have 24 days left, but in all it's been quite busy the last few months.  I've been really trying to make time in the layout room but it has not happened lately.  I rewarded myself last Sunday with a trainshow over in the Shenandoah Valley.  I believe these small shows are the jewels of trainshows.  You can find a bunch of junk at them, but on the other hand, you can find some real bargains, if you look.  Talking down prices always seems to work also.  Last year at this show, I bought an Atlas Trainman RS32 that's now the yellow VC #106 for $30.  This year was no different.  Got a Proto 2000 SW900/1200 for $30, and 3 of the Micromark "Switch Tenders" for $24.  I've never tried the Switch Tenders but at that price, I had too.  These are under the table machines for turnouts.  They are brand new and sell for $16 each.

I also did some railfanning on the way back.  First stop was the Shenandoah Valley Railroad in nearby Staunton, VA.  Heard they had a Alco they were restoring and wanted to get some pics of their locomotives.  The SVRR is a small railroad paralleling I-81 and running north from Staunton.  It serves several industries along the way.  They are owned by Durbin and Greenbriar Valley RR, the same company that owns the tourist railroads in West Virginia.  I was in for a treat! 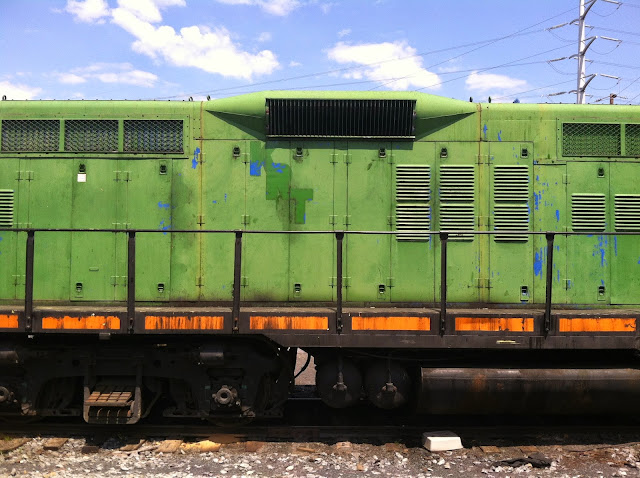